Flood insurance coverage has dropped in all boroughs, except for Manhattan, in the wake of the superstorm By Zoe Rosenberg 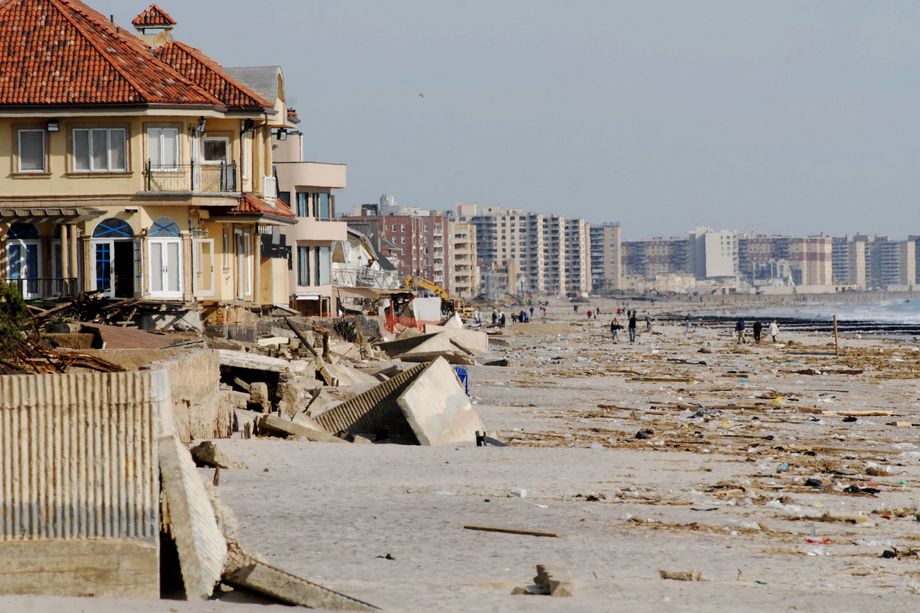 The coastal neighborhood of Breezy Point, Queens was hit hard by Hurricane Sandy

Superstorm Sandy tore through New York seven years ago this week, and while it’s been the better half of a decade since the storm wreaked havoc on the city, homeowners throughout New York’s flood-prone areas remain largely vulnerable to the next disaster that may come.

A protracted dispute between the city and federal government over flood maps that will determine who must buy flood insurance, and the prohibitive cost of the insurance, has left many New Yorkers unprotected from future flooding.

The mayor’s administration is contesting a set of maps released by the Federal Emergency Management Agency in 2015 that determines areas at risk for high flooding based on the damage caused by Superstorm Sandy, expanding on the 2007 maps currently in place. The administration argues the maps, which would require all properties identified in a high-risk zone be protected by flood insurance, are based on “erroneous assumptions about high tides and didn’t properly factor in non-tropical storms in calculating flood scenarios,” THE CITY reports.

The administration also maintains that the cost of flood insurance would devastate some working class neighborhoods, like Canarsie. No properties in the Brooklyn neighborhood fell within FEMA’s 2007 flood zone maps, but the new 2015 maps would require about half of properties in Canarsie to possess insurance.

The percentage of at-risk properties protected with flood insurance coverage in each borough also lays bare economic truths about New York: Since 2013, insurance coverage has dropped in Staten Island, Queens, Brooklyn, and The Bronx while it has increased by 27 percent in Manhattan.

Meanwhile, billions in federal aid that was set aside for city repairs and resiliency in the wake of Superstorm Sandy has not gone towards those efforts. Only 54 percent of the $14.7 billion allotted by the government has been spent, according to a report released by City Comptroller Scott Stringer’s office in May.

Stringer blamed federal bureaucracy for slow spending, but argues a lack of urgency on the city’s part has left the five boroughs vulnerable as the threat of climate change hovers.

The $14.7 billion is comprised of $10.5 billion in FEMA disaster recovery grants and some $4.2 billion in grants from the U.S. Department of Housing and Urban Development (HUD). At the time of the report’s release, 43.9 percent of available FEMA funds and 79.5 percent of HUD funds had been spent.

The Mayor’s Office of Resiliency says federal red tape is to blame for any perceived slowness in spending, as it had to produce some 100 million pages of documents in order to be reimbursed by HUD for its Rapid Repair program.

The city’s deadline to spend HUD money, which is allocated in a lump sum, is September 2022. Deadlines for projects using FEMA funds, which require individual proposal submissions, vary and are reviewed on a quarterly basis.